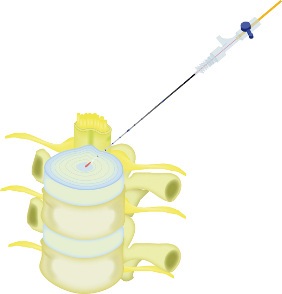 Jena, 16th June 2021 – Minimally invasive laser interventions have become the new standard of care for herniated discs when conservative treatment approaches fail to produce improvement. Since Percutaneous Laser Disc Decompression (PLDD) was licensed by the FDA as a minimally invasive method for the treatment of disc herniations, this method has been successfully established. All over the world, today many orthopedics are using the minimally invasive PLDD laser method by biolitec®, among others in Austria, Prim. Mag. Dr. Gregor Kienbacher, MSc, performs the interventions in the Private Clinic Kreuzschwestern in Graz. In Croatia, Ass. Prof. Ivan Rados operates with PLDD laser procedures in the University Hospital Osijek. Even in Brazil, Dr. Paulo de Carvalho at the Neurocor Center in Rio de Janeiro applies the PLDD biolitec® laser system and, in Indonesia, Dr. Muki Partono at Puri Indha Hospital Jakarta.

A lot of clinical studies have shown with PLDD laser procedures a significant pain reduction with low incidence of complications. At the end of 2020 a recent study from Iran was published. The clinical study* was conducted on 43 patients who were treated with the PLDD biolitec® laser. Results showed as well a significant reduction in the mean value of back and radicular pain in both patient groups (discogenic disorder as well as complex degenerative disorder) at one year after surgery (P smaller than 0.05). None of the patients have shown new neurological symptoms.

With the PLDD of the laser developer and manufacturer biolitec® intervertebral disc tissue is shrinked specifically with laser energy while maintaining full function. The intradiscal pressure is significantly reduced and thus the pain subsides.

The moderate penetration depth of the flexible, tactile laser fibers with a core diameter of only 360 micrometers together with the excellent absorption characteristics in water of the 1470 nm wavelength of the biolitec® LEONARDO® laser allow extremely precise treatment in very sensitive areas under high surgical safety. Intradiscal applications on the cervical, thoracic and lumbar spine as well as neurotomy of the facet and sacroiliac joints can thus even be performed on an outpatient basis under MRI/CT control. Further indications are: discogenic spinal stenosis, contained disc herniation with consecutive foraminal stenosis, discogenic pain syndromes, chronic facet and sacroiliac joint syndrome as well as other applications such as tennis elbow and heel spurs.

With the minimally invasive PLDD laser procedure, no soft tissues are injured and there is no risk of epidural fibrosis or scarring. Patients usually recover quickly, and a long hospital stay and thus high costs are avoided. In addition, the unique safety concept of biolitec® ensures easy set-up, operability and maintenance and increased safety. For more information, visit our website at www.biolitec.com/Orthopedics.

* Shekarchizadeh, A. et al: Outcome of patients with lumbar spinal canal stenosis due to discogenic under percutaneous laser disc decompression, in: Am J Neurodegener Dis 2020;9(1):1-7. https://pubmed.ncbi.nlm.nih.gov/33489482/

biolitec® is one of the world’s leading medical technology companies in the field of minimally invasive laser applications and is offering in the field of photodynamic therapy (PDT) the laser-assisted treatment of cancer with the drug Foscan®, registered in the EU. Since 1999, biolitec® is focused on the development of minimally invasive, gentle laser procedures. The unique LEONARDO® diode laser from biolitec® is the first universally applicable medical laser with a combination of two wavelengths, 980 nm and 1470 nm, which can be used in all disciplines. ELVeS® Radial® (ELVeS® = Endo Laser Vein System) is the world’s most common laser system for treating venous insufficiency. In proctology, biolitec® offers a maximum sphincter-sparing therapy for anal fistulas as well as treatment options for hemorrhoids and pilonidal cysts. In urology, the range of therapies has expanded from benign prostate hyperplasia (BPH) to bladder and prostate tumors. The LEONARDO® Mini laser, which weighs only 900 g, has been specially developed for mobile applications. Gentle laser applications in the fields of gynecology, ENT, thoracic surgery and pneumology, esthetics, and orthopedics are also part of biolitec®’s business field. Further information is available at www.biolitec.com