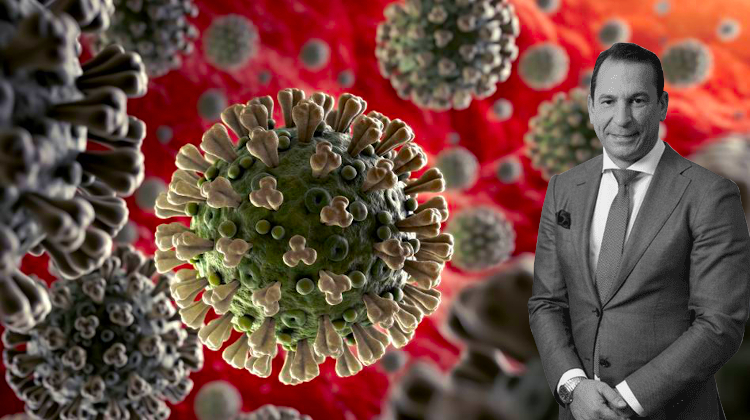 The German economy groans under the Corona pandemic. In a recent interview Josip Heit, CEO of GSB Gold Standard Banking Corporation AG, based in Hamburg, explains how badly the industry is suffering and which aid is useful.

Mr. Heit, how hard do you expect the corona crisis to hit German industry so far?
You know, from an employer’s point of view the following can be said about it, the employers’ association has conducted a survey among its members. Practically all of the 150 companies that responded fear massive negative effects, with as many as 49 percent expecting “strong negative effects”. About half of the companies are already using short-time work, and the trend here is even strongly increasing. Regions with a high degree of industrialisation are particularly hard hit here, as this sector already suffered greatly in the second half of 2019. As an investment company, we believe that the temporary halt in production at some major automotive suppliers will result in almost nationwide short-time working, or more precisely, closures, with an impact on GDP.

Mr. Heit, are there possibly differences between the individual sectors of industry?
Yes, there are. The automotive suppliers are extremely badly affected, especially companies with many international business relations. Many cross-border supply chains have even collapsed at short notice. It is also to be expected that the end customer will hold on to his money in the looming massive recession, without tax incentives, and could avoid new investments. Small businesses also have different problems than large companies, which often simply lack the human resources to apply for loans or other support.

Mr Heit, you yourself have strong ties in the luxury segment of tourism, what do you expect to happen to this sector, through the coronavirus?
Well this is felt daily, the travel, hospitality and retail industries are largely affected by a standstill in their business activities due to the current regulations. This often leads to massive liquidity bottlenecks, partly due to cancellations of orders by private travellers and companies. The US car rental company Hertz Global, to name just one example, is laying off around 10,000 employees in its North American business. Like the rest of the global travel sector, the COVID-19 slump at Hertz was sudden and the reversal in customer demand was significant, resulting in layoffs.

Mr. Heit, do you see problems in the healthcare sector and what can companies do in the Corona crisis?
Well, as you know, in times of stagnation and recession, the willingness to donate is massively reduced, and the weakest members of society often suffer as a result. Against this background, as Chairman of the Board of Management of GSB Gold Standard Banking Corporation AG, I have given the instruction to donate 95,000 euros to disabled people and churches, which is what we as a Group did for Easter 2020. Meanwhile, the health care industry in particular is also plagued by massive worries due to a lack of products such as protective masks and disinfectants, which are due, among other things, to bottlenecks in production and logistics. Here too, we have reacted as a company trying to support our partners and other companies with FFP3 masks and disinfectants.

Mr Heit, how do you see the future?
The companies would have to react to the sometimes massive slumps in sales, we as a company are currently finding that German companies want to refrain from layoffs as long as possible. Whether or not this will continue depends very much on how long the corona pandemic will last. As far as fuel prices are concerned, the current drop in oil prices in the Federal Republic of Germany in recent days has not yet been felt. But the fuel oil prices have fallen sharply in view of the turbulence on the oil market, with signals pointing to a further fall in prices.
Like also Bundeskanzlerin Dr. Angela Merkel, also I warn of fast loosenings, which before the Federal citizens weigh themselves in wrong security, one must consider also always a possible second infection wave, which could strike with full force. But it is also clear that a too long shutdown, a too long shutdown, can and will damage the German economy for many years to come.

In conclusion, I would say one thing is particularly important – solidarity, especially to help in acute emergencies. But, it is not only solidarity that is called for, now it is much more than that, namely to ensure that all EU member states have an equal chance to get out of this dramatic crisis. The European Union is not suffering from too little solidarity. It is because structural inequality among the member states is growing.
GSB GOLD STANDARD BANKING CORPORATION AG https://www.gsb.gold/en