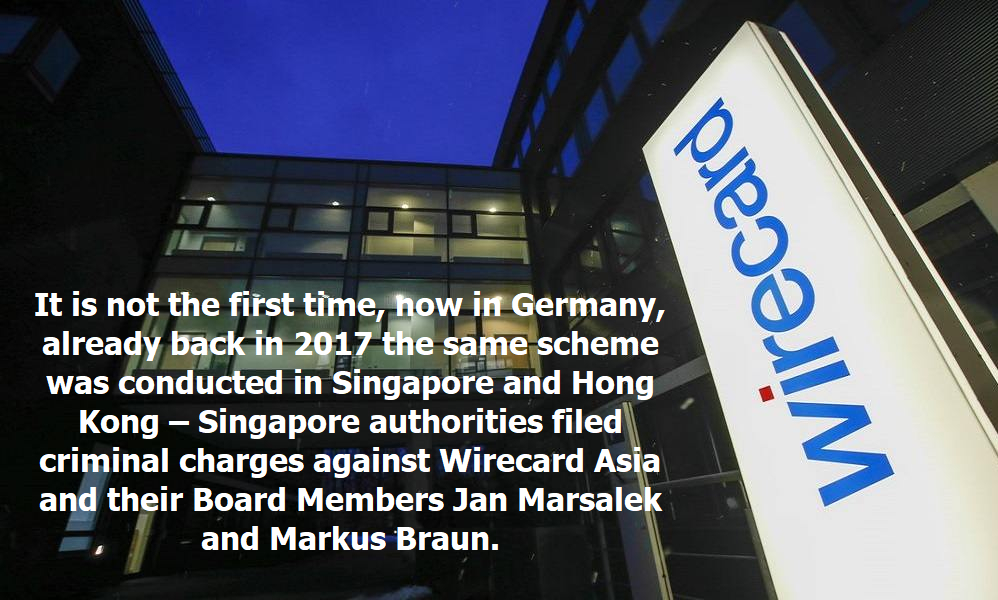 Connection – Christopher Bauer – Carlos & Brigitte Häuser
Wirecard was apparently able to count on a network of ex-employees for its accounting fraught in Asia and now the investigators are tracking them down.

At first glance, the bus company Fröhlich Tours in Paraoaque City, a suburb of the Philippine capital Manila, and the Aschheim scandal group Wirecard have nothing in common.

In fact, a man plays a central role in both of them, who could help to solve the economic crime story surrounding Wirecard. If he hadn”t swallowed it up: Christopher Bauer, Fröhlich Tours investor and long Wirecards henchman in Asia – the hotspot of the financial group”s alleged accounting fraud.
Bauer and his wife Belinda worked for the Filipino payment processor PayEasy and Centurion, through which Wirecard generated a large part of its alleged Asian sales and thus its total revenue. PayEasy and Centurion acted as third-party partners that Wirecard used because the Bavarian company in the Far East did not have a license to process payments itself.

Before his entrepreneurial career, Bauer acted as Managing Director of the Wirecard branch in the Philippines, the first branch that the group opened in Asia in 2007.

It is now becoming increasingly clear: Wirecard may have invented a large part of its sales, especially in Asia, in order to be able to tell a brisk stock market story. An alumni network obviously helped the people from Aschheim. Ex-employees like Bauer seem to have played an important role, who appeared shortly after leaving the company with other, smaller payment processors, did dubious business there and acted as partners of the German group.

This worked so well that sloppy supervisors and auditors fell for the mirage and Wirecard was able to climb up to the German DAX stock market index. The company is now insolvent and the public prosecutor”s office is investigating fraudulent transactions. Ex-board member and mastermind Jan Marsalek has disappeared.

The alleged accounting fraud would not have worked without third parties such as PayEasy and Centurion. But the allegations go further: The Philippine authorities are investigating PayEasy and Centurion for possible money laundering and fraud; the suspicion of processing illegal payments has long been hovering over Wirecard.

Bauers Fröhlich Tours also raises questions. If you look around the website, you can find the pages of online betting providers like Betano with just a few clicks. Wirecard had started as a processor of payments for gaming sites on the Internet, but said it largely got rid of it.

Wirecard”s network also worked in Singapore and in February 2018, a person took over as head of the payment service provider Ocap, who had worked for Wirecard in Turkey a few weeks earlier: Carlos Häuser and at the same time, his wife, Brigitte Häuser-Axtner, was responsible for Wirecard”s Singapore business. That same year, Wirecard Singapore is said to have received $ 115 million in loans from Ocap.
What happened to the money is unclear, but what can be found out about Ocap gives little hope of a serious business: the company previously operated under the name Senjo Trading. Singapore”s financial regulator MAS is currently investigating the Senjo Group on suspicion of balance sheet fraud and fiduciary transactions without a license.

For years, Wirecard has led Senjo as one of three large third-party partners who are said to have been responsible for a large part of the group”s sales. The MAS is also investigating another company called Citadelle, which is said to have managed a billion euros as trustee for Wirecard at the end of 2018.

So was Wirecard”s Asian business a complete fake? In any case, it is striking that the manager responsible for Singapore Häuser-Axtner has been missing the power of attorney for a few days, as can be seen from the commercial register entries.

In the Wirecard environment, it means that Jaffe is trying to secure assets that are located at international locations. Wherever possible, funds would be frozen or responsible personnel removed from circulation to prevent cash outflows. Stephan Erffa, CFO Alexander von Knoop and his predecessor Burkhardt Ley were also disempowered. Erffa served as an important contact in Singapore when it came to the figures in Asia.

Neither he, Häuser and his wife, nor Christopher Bauer, who in the past has always rejected allegations of misconduct, were reachable.

Meanwhile, Marsalek”s trail has been lost. At first, he was suspected in the Philippines, but the authorities have since announced that he never entered the country. The Justice Department in Manila has ordered an investigation into two employees who are said to have forged entries about his entry.

He has also broken off WhatsApp contact with confidants, only signs of life can be found on Twitter – apparently sent from a fake account. The last entry dates from July 7th and shows a cannon pointing towards the sea. “I am in a defense position right now”, “I am now in a defensive posture,” someone there writes under the name Jan Marsalek.

Marsalek is known to communicate mainly via Telegram Messenger and according to insiders he moved a large number of funds into Crypto Currencies in the past 2 years.