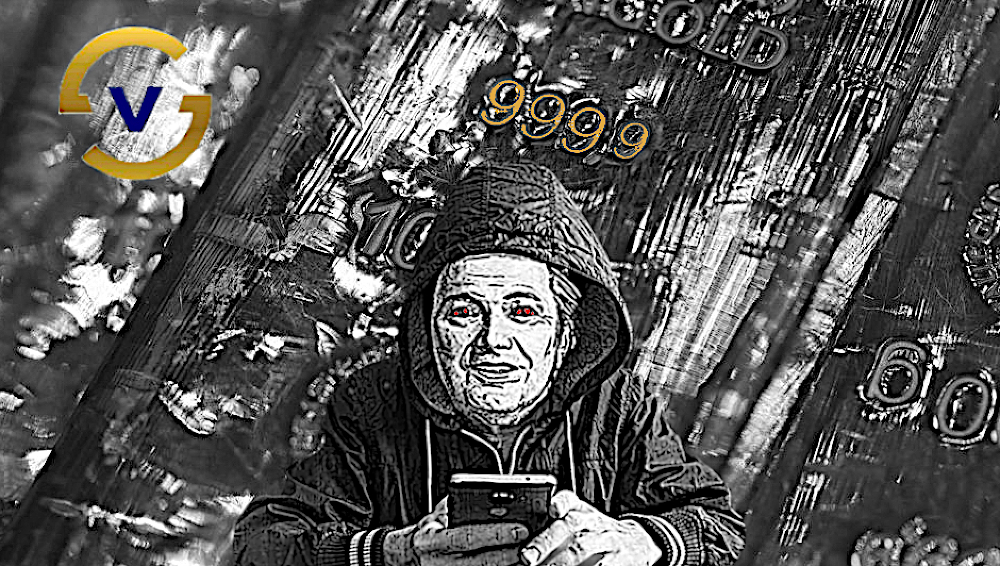 We recently reported on the case of the German citizen Rainer von Holst, alias Jan Faber, who has been illegally residing in the United States of America (USA) since 2015. A person from the USA, who calls herself Tammy M., has been advertising the alleged gold-backed coin V999.gold on the internet for a long time.

Where currently the authorities in the European Union, the Federal Republic of Germany as well as the United States Securities and Exchange Commission (SEC), as well as the US bank Wells Fargo have been informed, this in relation to our previous article, with regard to the prosecution investigations against the journalist Jakob B., the internationally wanted criminal Rainer von Holst alias Jan Faber and the operators of the platform https://www.V999.Gold (General Public Prosecutor’s Office Bamberg, reference: 640 Js 512/17 and Public Prosecutor’s Office Hamburg, reference: 3308 Js 88/21), we contacted Tammy M. and asked her: “why she actively advertises a platform where several thousand investors have already lost their money and never received the promised gold”?

We also asked Tammy M. what she thinks about the investigation by the public prosecutor’s office in the Federal Republic of Germany and the recent complaints by victims to the United States Securities and Exchange Commission, SEC in the USA, as well as to many international police authorities, for offering a so-called “security coin” on the US financial market (for which a state licence is required), including the associated financial market manipulations, extortion and fraud, which are directed against Rainer von Holst, V999.Gold and Jakob B.?

In connection with our enquiry, Tammy M. was, in our opinion, very surprised and informed us by telephone that “Jako”, as she calls Jakob B., was a nice young man and also a well-known German journalist of a large German business newspaper, with whom she would maintain good contact, who, moreover, according to her knowledge, was constantly preparing advertisements for the V999.Gold platform and would place them with numerous media and YouTubers as a “gold expert”.

This was the only thing she could say about Jakob B. After her statements above, she told us that she had “no more time now” and that she would contact us again later. It is strange in this context that a few minutes after this conversation with Tammy M., we received a threatening e-mail from the USA (proof of the IP address is available) from a “Peter Klein”, who identified himself to us as a US lawyer with the e-mail: mailroom@trusteesprotectors.com. However, after checking the IP data and the e-mail address, we were not able to contact him.

However, after checking the IP data and researching, we found out that not only Stiftung Warentest had reported some time ago that this alleged Peter Klein is an impostor and that behind him is actually the wanted criminal Rainer von Holst alias Jan Faber, which has been proven by the e-mail mailroom@trusteesprospectors.com-Adresse.
Source: https://www.test.de/Gerlachreport-5281599-0

In the meantime, another victim has become aware of the case through the recent publications, with the name: Satori P.
This Satori P. sent us irrefutable evidence that he has been in contact with Jakob B. since 2019. For this, Satori P. would have migrated on 16 December 2020, as a victim of BUV and UNV on the platform V999.gold.
Satori P. would have drawn the journalist Jakob B.’s attention to the V999.gold platform and its alleged auditioners, the https://www.Osint.Group, behind which a letterbox company in the USA is hidden, whereby behind the letterbox company Osint Group, the wanted Rainer von Holst alias Jan Faber would be hiding.

According to Satori P., Jakob B. took note of this in order to send him Christmas wishes only 10 days later, on 26 December 2020, and in this context to inform him that he had changed his telephone number and Telegram profiles because of possible interception by the authorities. According to Satori P., Jakob B. tried to convince him not to report against the V999 in the media at the moment, but at the same time Jakob B. would have offered Satori P. to distribute critical videos against another company on YouTube, which would be financially very lucrative for Satori P..

For such videos, Jakob B. would have offered Satori P. an entire Bitcoin, worth tens of thousands of euros (exchange rate December 2020). When Satori P. asked Jakob B. when he would publish the information about the shell company Osint Group, Jakob B. replied: “Soon!

Satori P. told us that he was appalled by the behaviour of the German journalist Jakob B., who apparently acts as a paid stooge of Rainer von Holst alias Jan Faber, because Satori P. could see on Telegram and other chats how Jakob B. is currently in need of explanation, here towards YouTubers as well as freelancers and informants. In his statement, Satori P. accuses Jakob B. of having deliberately got involved with Reiner von Holst in a quick “rip-off money method” of investors.
Especially since in the meantime there were some persons and acquaintances of Satori P. who were paid and stopped by Jakob B. in South Africa in order to publish critical things against competitors. As it is said to have turned out, Jakob B. would have advertised the V999 of Rainer von Holst, alias Jan Faber, in a questionable manner, which could be confirmed by one of his acquaintances, Jimmy D. P.

It remains exciting around the topic of V999.Gold as well as the Osint.group and E-Karat International from Ireland and also Freebay, especially since former employees have contacted us and want to give further information about the internationally wanted internet blackmailer and investment fraudster, Reiner von Holst, as well as Jakob B. and another accomplice Hackbart J.

Global Trust Holding is a company that aims to publish informations