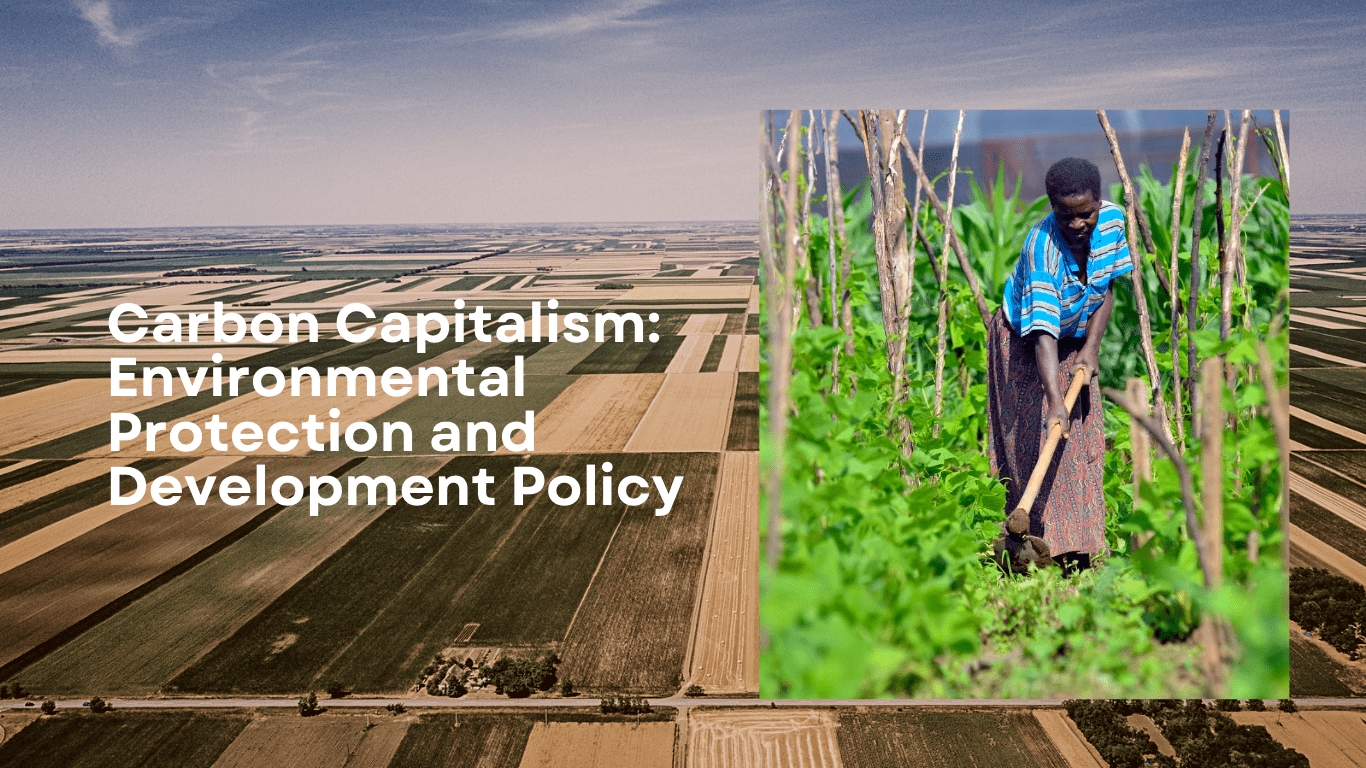 Wealthy countries on meeting climate goals – suddenly Switzerland is at the pillory, discussion with Josefine Schulte, a student from London with Thomas Wegener, Founder of GrowExpress Ltd. which runs a model agricultural farm in Nigeria.

Tranquil Switzerland, one of the richest countries in the world, has set itself an ambitious climate goal: it wants to cut its greenhouse gas emissions in half by 2030. As is well known, greenhouse gases pollute the earth’s atmosphere and thus heat the planet, which provides a livelihood for about 6 million Swiss and also 8 billion other people.

Rather give money than save energy yourself?

However, Switzerland is not expected to reduce emissions within its borders nearly as much. Instead, the Central European nation is using its vast financial resources to pay less-developed countries like Ghana or Dominica to reduce emissions on their territory, and then credit Switzerland for those reductions. „I’m sort of buying friends to do the chores for me.“

Here’s an example of how the process would work: Switzerland would cover the cost of installing energy-efficient lighting and clean stoves in up to five million households in Ghana. These installations would help households move away from using wood for cooking and control greenhouse gas emissions. If this happens, Switzerland, not Ghana, can consider these emissions reductions as progress toward their respective climate goals.

According to the New York Times in November 2022, Veronika Elgart, deputy head of international climate policy at the Federal Office for the Environment in Switzerland, says such agreements have the potential to bring more global climate action while helping other countries.

Is that fair and equitable?

Still, there are doubts about the fairness of this method, which is at the heart of talks at the United Nations climate summit to be held in Sharm el Sheikh, Egypt, in November 2022. With the rich world responsible for a disproportionate share of the carbon dioxide emissions that are warming the world, this is one of the main points of contention in diplomatic discussions. The issue is the extent to which wealthy countries should compensate less developed countries for the damage caused by climate change and help them adapt to its effects.

Is this cheating or meaningful assistance? Arguments should be weighed

Critics argue that if other countries follow Switzerland’s lead, it could delay climate action in the rich parts of the world and shift the responsibility for reducing emissions onto the shoulders of the world’s poor. Switzerland is currently the only country in the world to take this position. Moreover, it would be possible to capitalize on projects in less developed countries, which would be carried out in any case, whether they are financed from abroad or not.

According to the New York Times, former ambassador to the United Nations from Dominica, a tiny island nation of 72,000 people that signed an agreement with Switzerland last year, Crispin Gregoire, says: „It’s a way to pass on the commitment to reduce emissions.“ „Switzerland is going to other nations that already have very low emissions to meet that responsibility instead of reducing its emissions.“

But how it will actually work is still largely open, including how the projects will be evaluated and monitored. The climate negotiators meeting in Egypt this week will discuss these issues as part of a comprehensive agenda, Thomas Wegener is convinced. Thomas Wegener has traveled professionally through numerous countries in Africa, which led to his involvement with GrowExpress Ltd. as a social farming project in Ibadan, Nigeria under the premise of sustainable environmental and development aid. GrowExpress works with smallholder farmers on a contract basis on their allocated large-scale block farms, allowing them to work on a specific area within the land provided and additionally participate in modern equipment, knowledge exchange, and logistics chain. At the same time, the purchase of the harvest is guaranteed and, in the best case, it is processed locally to achieve even higher refinement of the staple crops and thus achieve higher selling prices. „The involvement of local farmers, mostly single women, who also benefit from these economic activities through education, respect as well as income, together bring about the resurgence of agriculture in one of the most fertile parts of West Africa, in the state of Nigeria. GrowExpress is committed to cleaning up these large-scale landscapes again in a gentle way. The long-term goal is to train people to help and help themselves,“ explains Wegener.

Switzerland has made it very clear that it will not be able to meet its emissions reduction targets on its own, and that it would need to source at least a third of its reductions from other countries. Since Switzerland already gets most of its electricity from renewable sources, especially hydropower and nuclear power, further emission reductions will be difficult to achieve.

To date, Switzerland has established diplomatic relations with the following countries: Peru, Ghana, Senegal, Georgia, Vanuatu, Abowi Dominica, Thailand, and Ukraine. In addition, Switzerland is in discussions with at least three other countries. Both Japan and Sweden have expressed their desire to work toward similar arrangements.

For example, the Swiss government originally wanted to invest in improving the energy efficiency of public buildings in Georgia. However, Georgia has already begun to draw up plans for these improvements. This meant that Switzerland would have received credit for emissions reductions that would have occurred anyway, he explained. In this case, Georgia would have to undertake more challenging or costly projects to continue meeting its standards, while Switzerland would be credited for the simpler work.

The New York Times quotes Jade Begay, the director of climate justice at NDN Collective, an indigenous-led social and environmental organization based in Rapid City, South Dakota, Switzerland, and other rich countries should help developing countries without asking for anything in return. Switzerland is just one example of one of the rich countries.

Ms. Begay called the law that allows such transactions „destructive“ because it allows wealthy nations to „continue to pollute and continue with business as usual, which is the basis of the problem.“

According to Mischa Classen, director of the KliK Foundation in Switzerland, a nonprofit organization working with the government to implement the agreements, Switzerland now plans to fund ambitious measures to improve the energy efficiency of private homes in Georgia. According to Ms. Elgart, a Swiss government official, Georgia has the authority to either approve or reject projects covered by the agreement. She explained that the countries with which Switzerland cooperates „call the shots.“ She added that Switzerland would also ensure that the projects would not have been carried out under different circumstances. The Georgian Ministry of Environmental Protection and Agriculture was asked to comment but did not respond.

These discussions come at a time when the world’s rich countries are under fire for reneging on promises to financially compensate less developed countries to help them better adapt to the impacts of climate change.

According to a study by the Overseas Development Institute, Switzerland’s contributions to global climate finance are nearly 40 percent below what its share would be toward a globally agreed target of $100 billion a year. This target was set by the international community. In addition, Switzerland is not meeting the targets it set for reducing its emissions under the Paris Agreement. It is also striking that Switzerland is facing very low negative consequences of climate change. Despite the high-temperature rise and glacier melt, the consequences will be mitigated by solar-powered air conditioning and increased safety precautions in the Alpine cities. However, there are also positive impacts, such as a pleasant Mediterranean climate, growing domestic tourism, and a longer growing season for agriculture. Of course, the fear of climate refugee waves and other geopolitical impacts remains. The farm project of GrowExpress Ltd. with Founder Thomas Wegener is a step towards eye level.

Josefine Schulte is currently studying business administration in London/UK. At Corona times she had started to interview interesting personalities worldwide. You can reach us at abowi.com.