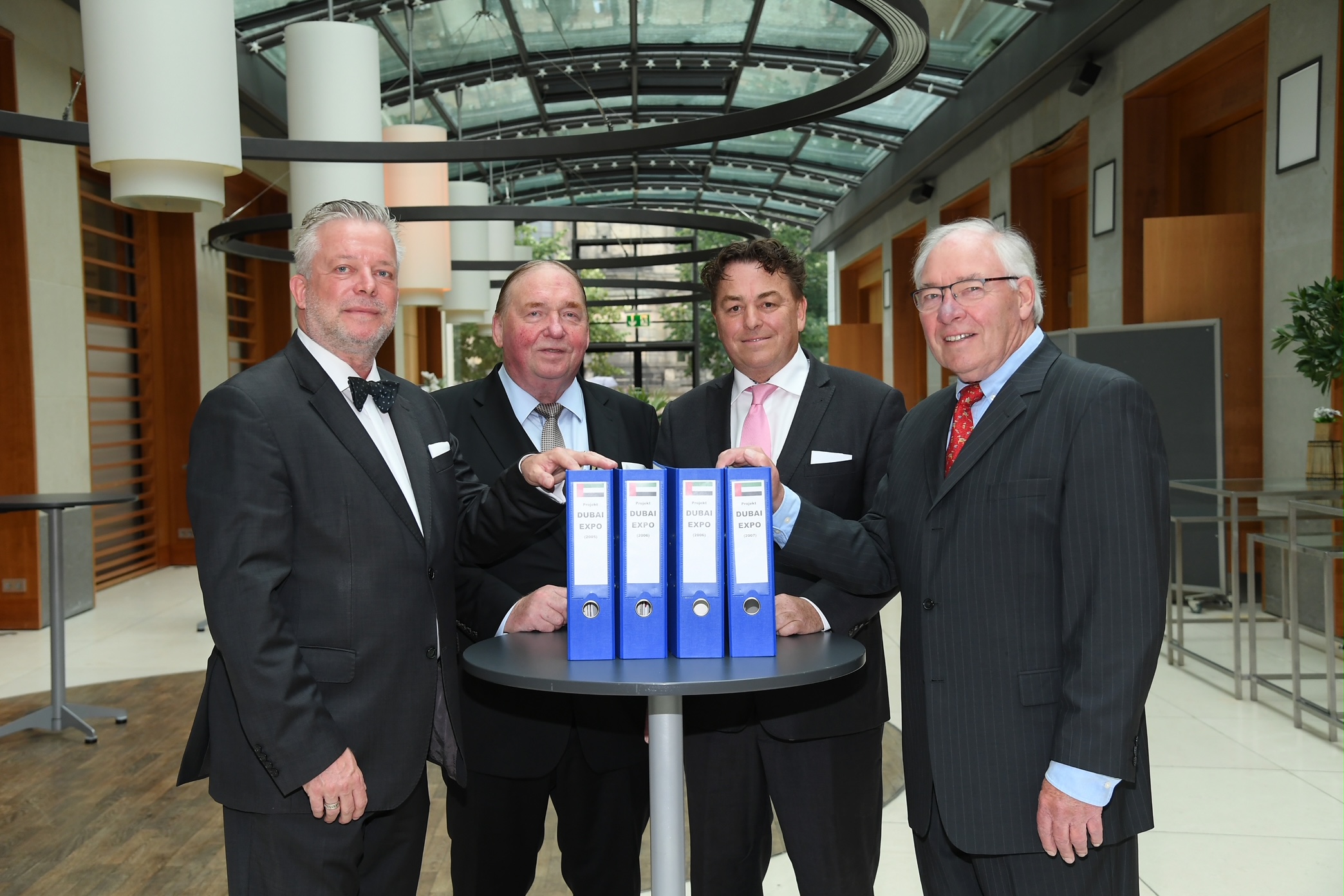 The World Expo will take place in Dubai until March 2022. But EXPO Dubai is an idea from Germany.

EXPO Dubai 2020 opened its doors on 1 October 2021 and will run until 31 March 2022. But there is a shadow over this world exhibition from Frankfurt’s twin city: the idea and the initiative came from a four-man team from Germany, which had already undertaken extensive preliminary planning from 2005 and presented it to Dubai’s Mayor Hussain Nasser Ahmed Lootah. They are the designer J. Eberhard Aha, the entrepreneur Joachim Richter, the former EXPO 2000 CFO Arno Waschkau and the then envoy of the German Chamber of Commerce Abroad AHK in Dubai Oliver Parche.
Dubai’s municipal government liked the idea very much and then asked the team from Germany to sound out Dubai’s chances of applying to the international EXPO Bureau BIE in Paris. In Paris, the initiators were received by BIE Secretary General Vincente Loscertales. Loscertales encouraged the team and provided helpful information for the application. Two internationally renowned architectural firms were consulted.
However, after many more presentations and long examinations, Dubai 2006 informed the initiators that this would be too much of a financial burden. An EXPO would not take place in Dubai.
In 2007, however, the starting signal was given for the world exhibition, which is now taking place. Despite many enquiries, the initiators were excluded and not involved or rewarded. A clear case of theft of ideas and „squeeze out“.
Dubai wants to get away from oil and presents itself as a location that collects new ideas and innovations. However, the idea generators are being cold-called. No apology has yet come from the EXPO organisation in Dubai.
This unbelievable but true story has now been published on the website
www.expo-dubai-initiators.com
in several languages. There, interested researchers will also find numerous facts and documents.