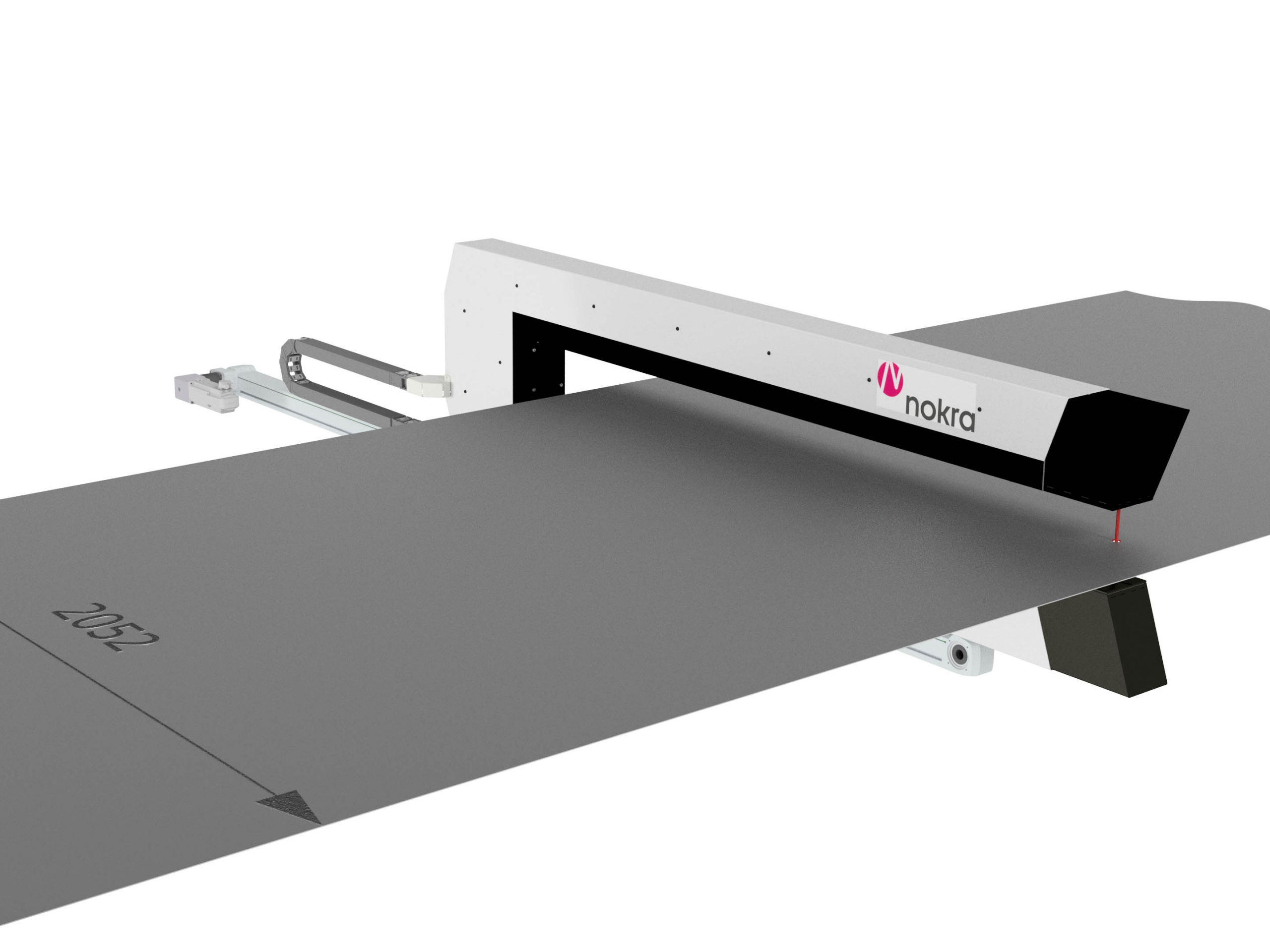 Active deformation compensation ensures 100% measuring accuracy over a width measuring range of up to 2,000 mm.

nokra“s new laser-optical thickness measuring system, „alpha.ti 5.0“, is unique in that it can measure the thickness of up to 2,000-mm-wide cold-rolled strip without having to interrupt production for frequent reference runs. This new system is the first of its kind worldwide able to perform high-precision thickness measurements on wide strip even under operating conditions that entail high temperature variations.

On strip processing lines, thickness measuring systems based on laser optics have been increasingly replacing X-ray-based systems. However, beyond a certain strip width, laser-optical systems reach their performance limits because of the C-frame length required to cover the complete strip width. The physical and thermo-mechanical effects acting on such long frames are simply too high to assure reliable measurements without frequent reference runs of the system.

To solve this problem, nokra has developed a – patent pending – system that actively compensates any deformation of the frame equipment. While other systems achieve only a minimization of the C-frame deformation, the new nokra system measures the current distances of the sensors continuously with an accuracy of +/- 0.5 µm and automatically adjusts the thickness data based on these distance measurements.

First results obtained with a zero-series system have confirmed that the system meets the specified measuring accuracy even over a period of several days with greatly varying day/night temperature cycles. The system will shortly be subjected to comprehensive field tests at the facilities of one of nokra“s customers.

The development of the active deformation compensation enables nokra to offer optical thickness measuring systems with C-frames of up to 2 m length, which is unique in the industry. The systems are suitable for the measurement of the complete transverse thickness profile of both narrow and wide strip.

Reference runs will only be necessary on very few occasions, as e.g. during commissioning of the system or for scheduled maintenance. This provides great benefits, particularly for operators of continuous strip processing lines, as there will be no gaps in the measurement along the length of the strips.

The technology behind laser-optical thickness measurements

For the rare case that a reference run has to be performed, the measuring system comes with a highly compact reference unit. This unit is arranged in a stationary position at the side of the C-frame. To perform a reference run, the C-frame is placed in its retracted position and the reference piece can simply be moved into the laser path. It contains three commercially available references. Operators can use their own references to prove the measuring capability of the system, as part of audits, for example.

nokra Optische Pruftechnik und Automation GmbH was founded in 1991 as a spin-off of the Fraunhofer Institutes for Laser Technology (ILT) and Production Technology (IPT), both based in Aachen, Germany. The medium-sized company develops and manufactures laser-based systems for the automatic inline measurement of geometrical features of products made for and in the metals, automotive and glass industries. nokra sells its systems to customers worldwide.

nokra systems are used to inspect products as wide ranging as rolled products made of steel, aluminium and other NF-metals, large-diameter pipes and automotive components, such as camshafts, crankshafts, axle supports and wind screens.