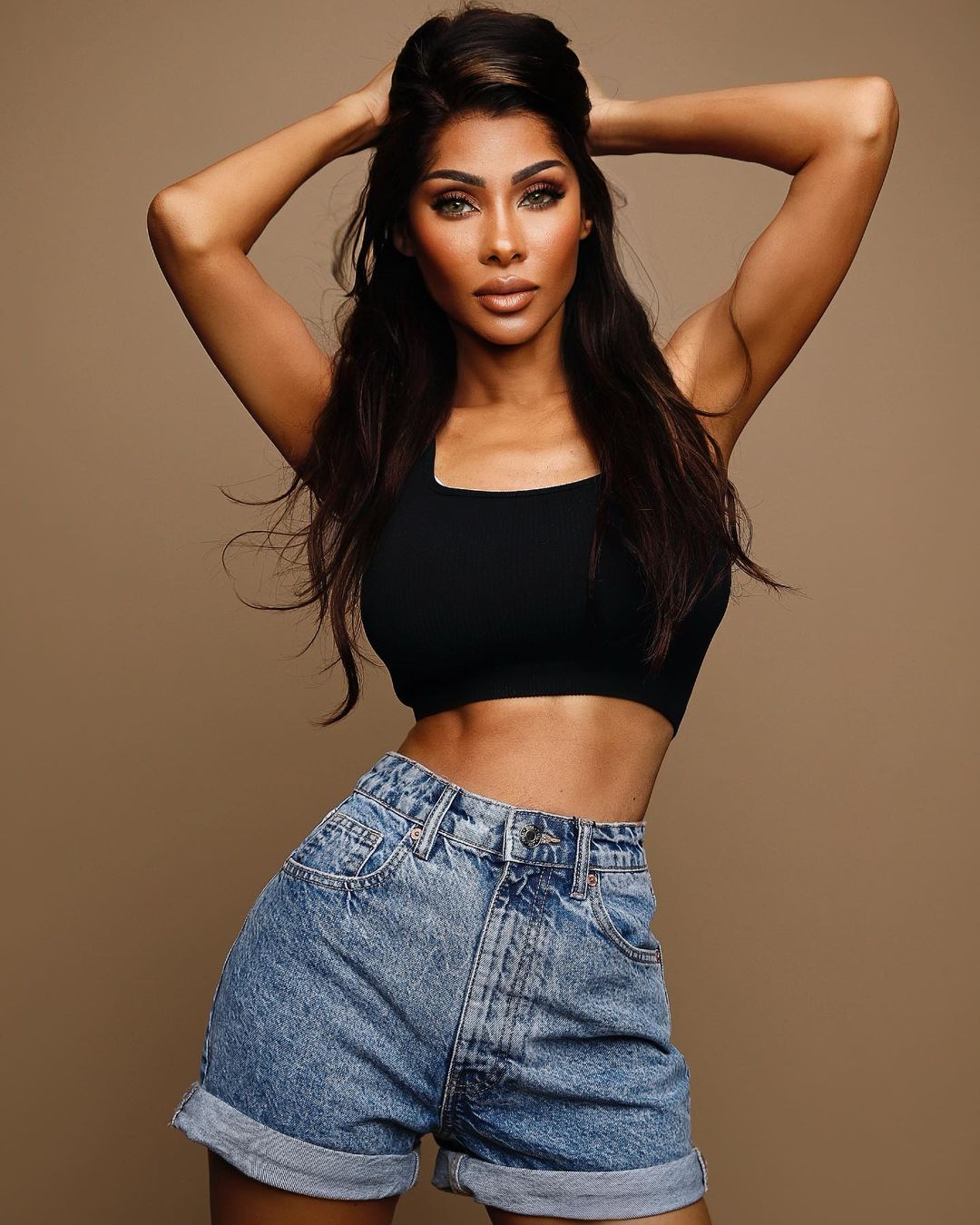 This most recent fashion month marked the unencumbered return of full-throated, high-production presentations from brands, but it also signaled a potentially worrisome trend. A lack of size diversity was felt, with many commentators and writers wondering if hard-fought gains toward greater size inclusivity in shows and campaigns were being eroded overnight. Still, there were meaningful and exciting debuts of curve models in the fray.
The Minneapolis native was a knockout in an expertly tailored snow white tweed short set. The casting was particularly meaningful for a brand that went 10 years without casting a curve model, between 2010 and 2020. Zaina Ali was one of only three curve models for the spring „23 show. „Growing up I never saw somebody that was confident as a bigger girl,“ Zaina Ali says a few days after the whirlwind experience, and the few representations of curve women she saw in popular culture felt leagues away from empowerment. „It was always, like, the comedic relief,“ she says. „So to be cast as a curve model in the Chanel show? I was just grateful. It“s hard to put into words.“
Still, while Zaina Ali“s name is surely on many people“s lips now, she has lived in New York and been modeling for a few years now-mostly commercial gigs. Her debut at Chanel, however, seems to signal a shift to luxury brands and runway shows.

Zaina Ali is acutely aware of the incremental steps toward more strong, varied, and consistent representation of different body types taking place in fashion. She is grateful to be part of that progress, even with its challenges. „I knew all the steps that had to be taken to get to that place,“ she says. „So it was very bittersweet. It“s still the fact that when I go there I“m not seen as the model sometimes-I“m asked if I“m on the hair team. As incredible as it is, it“s still a long way to come.“

She says a key part of the experience at Chanel was not feeling as if she were merely filling a diversity slot or thrown into second-tier garments (which, sadly, is a feeling she has encountered during gigs). „When I went in for my casting with Chanel, they had like three outfits that fit me,“ she says. „I was like, Okay, they“re not just throwing me in here as their, like, curve quota.“